Latest news and offers Interview with Nick Holzherr, co-founder of Whisk.com & finalist in BBC’s The Apprentice 2012

Interview with Nick Holzherr, co-founder of Whisk.com & finalist in BBC’s The Apprentice 2012 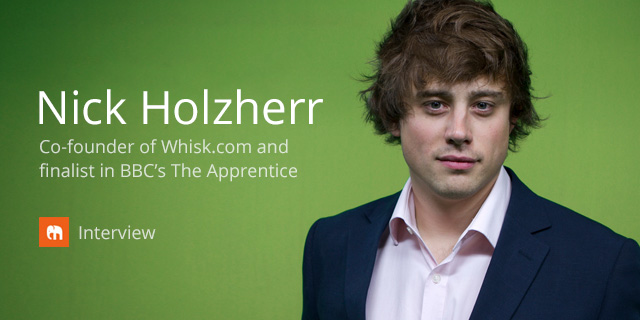 Nick Holzherr is the co-founder of Whisk.com. He is an entrepreneur who was the runner up in the BBC Apprentice 2012. Despite Lord Sugar sensationally shooting down Nick’s idea of an online foodie app, Nick went on to receive $2million in funding for Whisk, a web and mobile app, which creates smart grocery lists from recipes, helping you buy ingredients easily and use them efficiently.

Easyspace recently caught up with Nick for a chat:

Q1. Nick, tell us a little bit about your background and what led you to starting Whisk.

I started becoming interested in starting my own company when I was at University where I took part in a number of enterprise “societies”. Previous to that I had always thought I’d become an investment banker and I even did a 13 month placement at Deutsche Bank in Frankfurt to that end. While working at the bank I wrote a business plan for a retail coffee company and submitted it to a business plan competition which I won. That gave me the first belief that I may actually be good at that. I quickly learnt that running a business isn’t quite like writing a theoretical plan!

Q2. Tell us about your new business Whisk.

Whisk.com is a smart shopping list app that helps people discover, organise and shop food. On a basic level it’s a shopping list that syncs across devices and makes creating a grocery list as easy as it can. On a more involved basis it can recommend the right wine for your meal, recommend recipes you’ll like based on your past recipe (flavour) choices, recommend recipes to cook with leftovers and a lot more. It’s a web app (available at Whisk.com), an app on iPhone or Android or you can find it dotted across 250,000 recipes on various third party recipe publishers including Allrecipes.co.uk, Foodnetwork.co.uk and GoodtoKnow.co.uk.

Q3. The Whisk app is free. How do you make money if people aren’t paying for it?

We want as many people as possible to use Whisk – so yes – it’s totally free. It’s funded through content-relevant adverts – so if you’re cooking a beef bourguignon you may get a Knorr Stock Cube advertised. We also receive some fees from supermarkets each time users make a purchase online. It’s nothing the user ever pays for – they get charged the same as they normally would (In fact, we often offer them discounts through the partnerships we have).

Q4. You graduated from Aston University in 2009 with a BSc in International Business and Modern Languages. How useful is a business degree – wouldn’t a wannabe entrepreneur be better off starting their own business and learn from the school of life, instead of learning from textbooks?

I think practical experience is absolutely essential when running a business, but that’s very hard to learn without starting a business or working for an early startup where you get a lot of responsibility. I’m personally very grateful to my university degree – I’m responsible for managing accountants, lawyers, developers – all people who are much more qualified that me in their respective areas. I need to make judgments about whether what they recommend is the right thing to do – and my degree helps me do that every day.

I also wasn’t the same person when I started university – I’m grateful to the entire experience and although it’s not essential to anyone wanting to run a business, I would recommend it to anyone considering doing a degree.

Q5. You’re most well-known from your time on BBC Apprentice 2012, in which you were a finalist. What was it like taking part in the show, and how does it compare with life as an entrepreneur now?

The Apprentice was great fun. Every day is a different task in an area I usually had no experience in. It’s very very fast paced – you often need to come up with concepts and brands in 20-30 minutes under huge pressure – knowing that if you mess up, that mistake will be broadcast to millions of viewers. You’re also pitched against other candidates who have large egos and are keen to get heard – so it’s hard work. It’s not very similar to running a business in real life but I learnt a little about myself and most importantly – it’s great fun. I loved every minute.

Q6. Before taking part in the Apprentice you had set up two businesses: Co-Go Coffee – selling high quality, ethical coffee in to-go cups – and QRky – a company producing next generation QR business cards. Tell us about those businesses and what lessons you learned from them.

Co-Go wasn’t very scalable and the net profit margins weren’t very good in the industry. For every additional unit I wanted to open I had to fund a lot of cash. Because anyone can set up a coffee outlet the margins get driven down to a little above break-even – and it’s really hard work managing near-minimum-wage staff. It wasn’t for me.

QRky was where I learnt about how to run a tech company – I realized how much I love building a product that if it works, can be scaled internationally really quickly. That’s of the things, I think, that’s so great about software.

I learnt a lot running both businesses – about planning, strategy, market selection, pricing, managing – I could write a list longer than anyone would ever want to read.
That said, every day, I’m still learning just as much as when I first started. That’s one of the things I love about running a business – the learning curve is so steep and it doesn’t stop – there’s always more to learn and improve upon. I really really enjoy what I do.

Q7. You raised over $2m in funding from technology investors for Whisk. How difficult was it getting in-front of them and convincing them to invest? Or did they approach you after your exposure on BBC’s Apprentice?

The hardest thing is to learn how to pitch you businesses in the right way. Then you need to find the right people. Neither are too difficult. If you’ve got a good idea it isn’t too difficult to raise money – there’s a lot of people looking to invest in the right idea. I raised money before the Apprentice was aired – my first round was from people I approached. 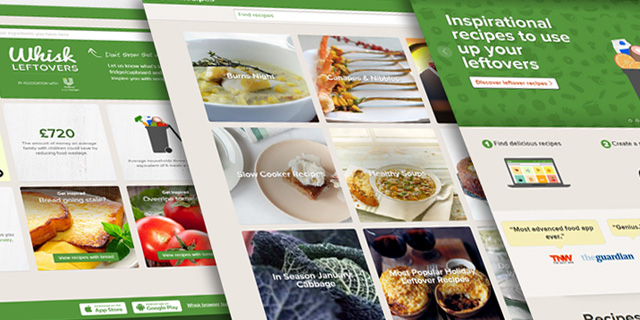 Q8. How difficult was it setting up Whisk – growing the business, getting customers, promoting it, etc?

Setting up any new company is hard work. It’s not about running pre-set processes and improving upon them – you need to set everything up from scratch. That’s why, if you have capital to do so, it’s important to hire an A-star team to help you – ideally one that has more experience than you do in the specialist areas.

Q9. How involved were you in developing the app? Did you have any experience in creating an app before?

I had run QRky so know how software is developed. I love product design – one of my A-Levels was in Design. I’m still involved in the product design/management but all the coding and actual design is done by brilliant team members we have. 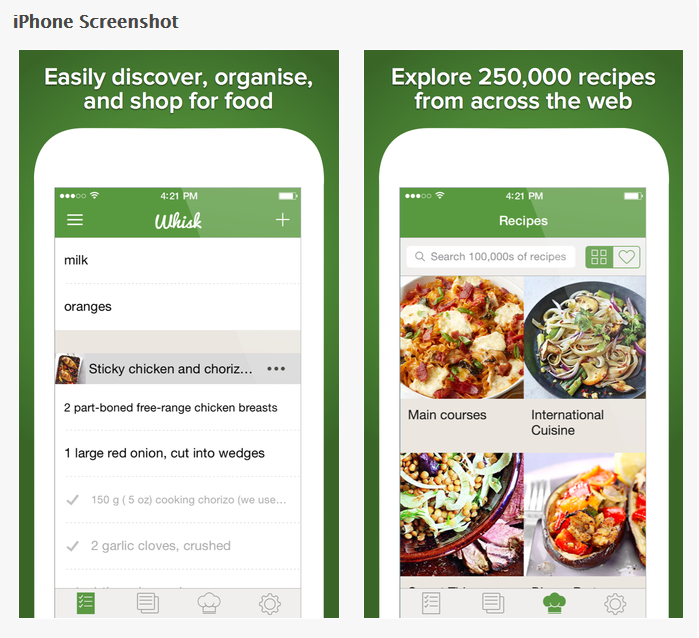 Q10. Many people would be put off developing an app unless they were from a tech / programming background. What advice would you give to somebody that has an idea for an app, but no technical skills?

I meet people like that regularly. First, speak to a few different developers and ask them what they think – how realistic is it etc. Then, think carefully about whether you can really monetize the app. If the answer is yes – hire a developer to built it for you. It’s just like coming up with a concept for a new coffee shop really – you’re not going to build it yourself – are you. The importance is to get a few different quotes to make sure you’re getting the right thing built in the right way and not getting ripped off or lead down the wrong path.

Q11. The Whisk team has grown from the two co-founders to a team of over 15 people, with most of your staff working from your Birmingham office. How did you go about building the team, and what advice can you give to startups who are planning on recruiting their first employees?

Often due to small budgets people look for cheap employees. Talent is more important I think, so if you can, hire for talent not for money. I attended a lot of tech networking events and the first few staff came from that. We also receive a lot of press so had quite a few applications through that. I’m a big fan of recommendations from friends also.

Often it’s hard to judge someone on an interview only and you only really get to know someone once you’ve been working with them for a while. If you have a friend who can recommend someone because they’ve worked with them before – and you trust that friend – your risk that the new team member won’t work out is significantly lower.

Thanks Nick from everyone at Easyspace.