In 1991 Jo Fairley co-founded Green & Black’s which is now the world’s leading organic chocolate brand. Starting with just £20,000 of her own savings, Green & Black’s has grown into a brand worth approaching £100million worldwide in less than 20 years. Sold throughout the world, Green & Black’s has maintained its luxury cachet: for the past three years it has been featured as ‘The coolest food brand in Britain’ in the UK’s CoolBrands Top 20.

While running Green & Black’s, Jo also launched the series of Beauty Bible books, which is now the global No.1 series of health and beauty books ever written, with international sales running into hundreds of thousands.

Easyspace recently caught up with Josephine for a quick chat:

Q1) Prior to starting Green & Black’s you had a successful career in journalism – at one time you were the UK’s youngest-ever women’s magazine editor – so what led you to becoming an entrepreneur and setting up Green & Black’s?

I tasted some squares of a prototype bar that my soon-to-be-husband (Whole Earth Foods founder Craig Sams) had made, with some Togolese cocoa beans. It was the best chocolate I’d ever tasted, and I nagged him to launch it. He didn’t have the budget for launching a whole new brand, and so told me I should do it. I had savings from selling my flat before we moved in together, and I put £20,000 into the first consignment. I remembered a postcard I’d bought in Carnaby Street of a man on a diving board which said, ‘If you don’t do it, you’ll never know what would have happened if you had done it.’ Although I was used to writing about other people doing things rather than doing them myself, I dived right in.

Q2) With regards to Green & Black’s did you follow a business plan when you started and how difficult was it getting the business established in the early days?

Actually, we grew so fast we kept having to tear the business plan up. Our big break was a call from Sainsbury’s very early on. The buyer rang to say ‘a director’ had had our chocolate at a dinner party, and he invited us to submit it for the next range review. Once we’d successfully gained that listing, it was comparatively easy to get Morrison’s (then Safeway) and Waitrose, as Sainsbury’s was No. 1 in those days and they aspired to that. 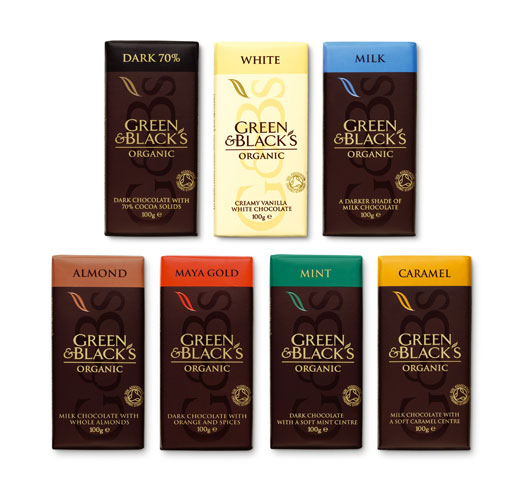 Q3) You were responsible for all Green & Black’s marketing, PR and brand work from 1991-1999, putting the brand on supermarket shelves, marketing the chocolate and making it popular with everyone from celebrity chefs to the chocoholics throughout the UK. Can you describe what your marketing & PR strategy involved?

I networked the chocolate to ANYONE I thought might be interested in it. We gave away literally tons of chocolate: one square was equal to a thousand words, we felt. As a journalist, I knew what pushed other journalists’ buttons so my first press release was titled, ‘Guilt-free chocolate…? Well almost.’ And that got us noticed. Our first coverage, in The Independent, was titled: ‘Right on – and it tastes good, too.’ I don’t know that we HAD a strategy…! Except to get the chocolate into as many mouths as possible.

Q4) How difficult was it growing the business, getting your product on supermarket shelves, etc, and did you had any problems dealing with suppliers?

You become much more interested in tropical storms and hurricanes when you have a chocolate business – at one point, our Belize farmers were devastated by Hurricane, although we have since helped them to plant more than a million trees. We turned to Belize as a secondary supply after the political situation in West Africa became very difficult: at one point there was a political uprising in Togo, the ports were blockaded – and we ended up having to fly out our beans, fly them to the factory, fly the finished chocolate to Heathrow and get the bars on a van to Sainsbury’s to meet our delivery slot. That was unsustainable in every single way…!

After we took in investment from private equity in 2000 we no longer had the decision-making power in terms of selling the brand on. We took that earlier investment because rapid growth is a nightmare for cashflow – all our chocolate was tied up in stock, which hampered our ability to advertise, develop new products or hire the talent we needed to take the business to the next level. All the subsequent developments – Cadbury’s, Kraft – have, however, allowed the business to become more international, and have grown sales, without in any way affecting the product, its sustainability or its Fairtrade status. That directly translates to income for farmers in the developing world which is the best possible outcome. 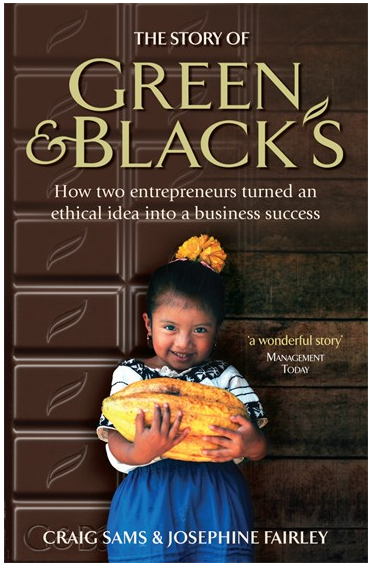 A combination of a great product, great design, fantastic customer service, PR – and the ethics which underpin the brand, which I think contribute to its ‘karma’. That may not be measurable – but (like my late mentor Anita Roddick) I do believe, invisibly, people pick up on that…

Q7) While building Green & Black’s you also wrote the book The Beauty Bible, which was a global bestseller after its launch in 1996 – achieving international sales running into hundreds of thousands. Your series of Beauty Bible guides are now the global No.1 series of health and beauty books ever written. Why did you decide to write the book, particularly at a time that you would have no doubt been very busy working on growing Green & Black’s? What advice would you give people on managing their time between different projects? 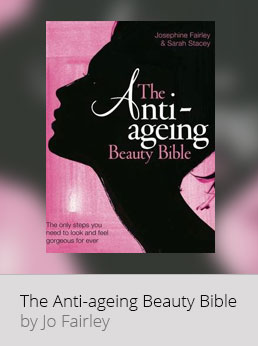 Throughout the whole time Craig and I ran Green & Black’s, almost all our cash was tied up in stock and there was nothing left to pay me. So I had to keep ‘the day job’. I just worked 18-hour days! And I am very good at dealing with many different projects; I keep a detailed list of everything I’m working on at one time, and I believe that my yoga practice (three times a week) gives me mental flexibility – which everyone needs, in this fast-paced world. It’s also a part of staying well – which every employer and businessperson has a responsibility to do, when others depend on you.

Q8) Following the success of your books you went on with fellow journalist Sarah Stacey to set up a website for it – The Beauty Bible. Launched in 2001 it has become a leading website in its field – one of the most successful independent beauty sites worldwide, with over 70,000 subscribers. You gave the website an overhaul in 2012 – what did this involve?

My web designer said it was the biggest site revamp he had ever worked on. We’d had a website since 2001 (I knew it would be a vital part of our marketing strategy, helping to build a community of readers and draw in new followers). It had 293 sections, and literally thousands of pages, and I spent over five months, day in, day out, revisiting every page. It was a mammoth task and I really, really hope I never have to do it again! But now that we have full content management, I shouldn’t have to.

Q9) What marketing & PR do you carry out for the Beauty Bible website, in order to increase its popularity?

We have several times employed a PR agency for a ‘burst’ of six months, to reach parts of the media that our website isn’t getting to… And I’ve just employed a very forward-thinking, finger-on-the-pulse new digital agency, www.danielledunn.com, in Newcastle, to help boost our social media strategy. Danielle is someone I’ve been mentoring since she came up to see me after a speech I gave in Newcastle, and six years later she’s a real rising star. Just as Anita mentored me, I now do what I can to help other women in business.

Thanks Jo, from everyone at Easyspace

To find out more about Jo and her business please visit her website www.JosephineFairley.com