Latest news and offers What a Tough Mudder!

What a Tough Mudder! 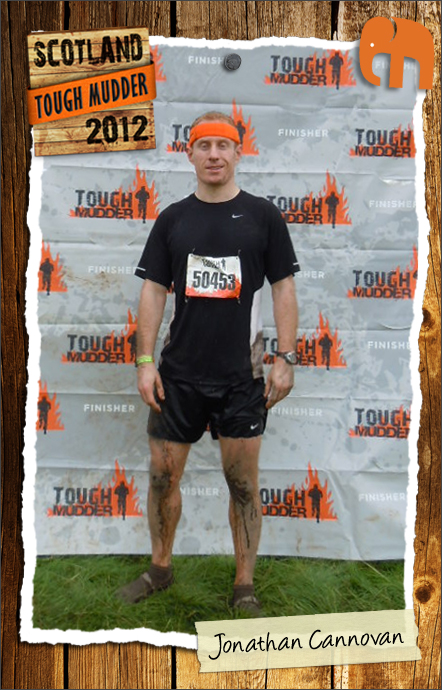 While the rest of us in the Easyspace office were enjoying a couple of days rest and relaxation this weekend, Jonathan pushed himself to the limit by taking part in Scotland’s first Tough Mudder race…billed as “Probably the Toughest Event on the Planet.”

The 12 mile assault course was designed by British Special Forces to test fitness, stamina, mental strength and camaraderie. Competitors had to: run soaking wet through hanging electric cables delivering 10,000 volt shocks; brave the ‘Arctic Enema’ – jumping into a refuse skip filled with water so ice cold it physically hurt; and run through 4 feet high flames across burning straw bales. And that was in addition to the 10,000 gallons of mud laid over the course!

As you can see from the photo Jonathan emerged unscathed in the fantastic time of 2 hrs and 27 minutes.

“I’d prepared for the physical side of it but the mental challenge was incredible,” he told us when he came back into the office looking bright as a daisy this morning. “You had to cope with fear, pain and shock and really had to grit your teeth.”

Jonathan was one of around 5000 people took part in the event at Drumlanrig Castle in Dumfriesshire which has helped raise thousands of pounds for Help for Heroes.

Would he do it again? “Absolutely, yes,” he says without hesitation.