Everyone in our offices has been celebrating after the London based iomart hosting and Easyspace teams completed “The Standard Chartered Great City Race” on Thursday 12th July 2012.

The teams were among 6000 ambitious athletes who took part in 5K city race around Square Mile in the city of London.

Every year the Standard Chartered Great City 5k Race, attracts over 400 companies, mainly from the banking and financial sector. The race aims to raise funds for Seeing Is Believing, a global charity to help eradicate avoidable blindness.

Not only did we all have a fantastic time (even though it’s been raining in London), our team made it to the finish line in some impressive times!

Our fastest runner was Martin Trunecka, iomarthosting, who managed to complete the city race in a speedy 20 minutes 38 seconds.

Aside from a few aches and pains, spirits in London office were high the following morning. Everybody had winning feeling and are now ready to take part in more upcoming races! 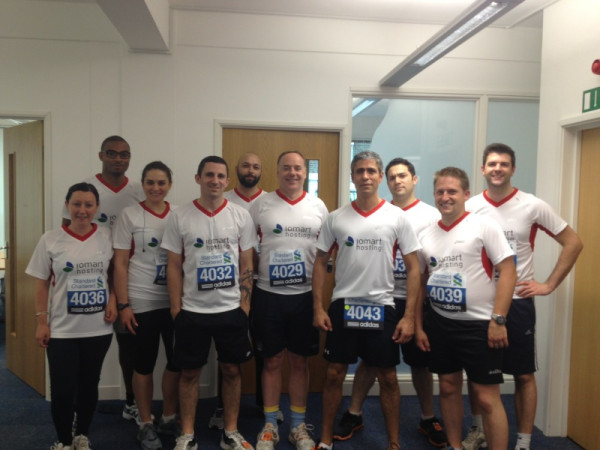 Well done to everyone who took part in London’s city race!