Latest news and offers My day carrying the Olympic Torch!

My day carrying the Olympic Torch! 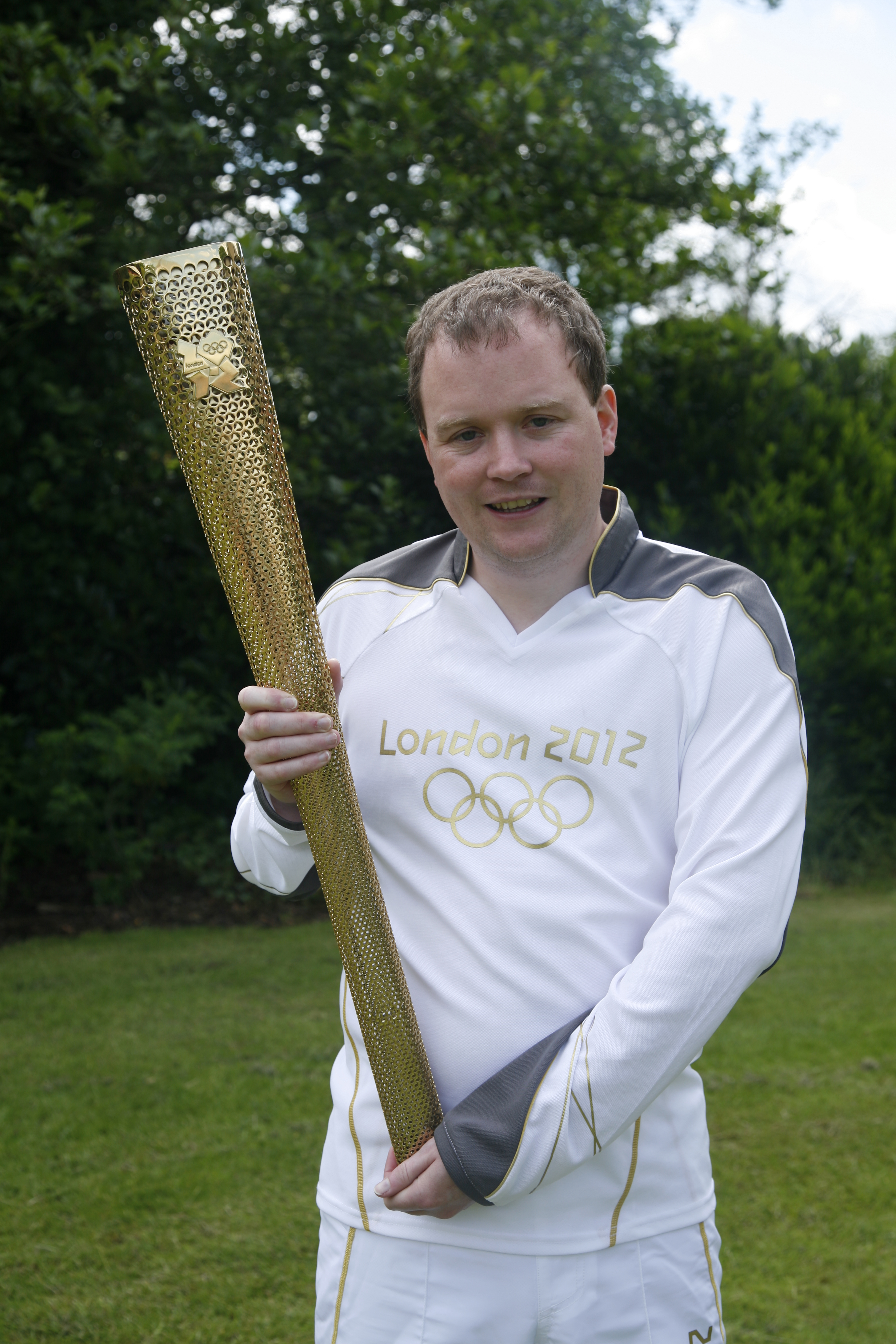 I was lucky enough to be chosen as one of the Torchbearers for the 2012 Olympic Torch Relay as it passed through Scotland.

I’ve been a volunteer with the Scouts Association in Scotland since my teens and was nominated to take part through Lloyds TSB/Bank of Scotland, Presenting Partner for the relay.

My day started with a trip to Scone Palace in Perthshire to meet some of the other Torchbearers taking part in the Relay that day. We were all nervous but proud to be part of something so special and you could feel the buzz of excitement as we waited for the Olympic Flame to arrive.

We had to wait around for a bit and get briefed on how to hold the torch and how it would be lit. They said we’d get plenty of time to show it to friends and family waiting at the start point for each of our 300 metre relay legs which was great.

Then it was onto a bus and off we went. We were dropped off at our start points – mine was in Newburgh in Fife which had been decked out with all these fantastic life-sized straw figures (they do this for a local festival every year apparently) themed on the Olympics and the Jubilee. There were figures of Sir Chris Hoy, the Queen, divers, swimmers and other athletes – really fantastic.

Then it was my turn. The atmosphere was electric as I got off the bus and I walked across with the torch in my hands to see my family – my wife and 20 month old daughter, our mums and dads and lots of other family plus friends including several colleagues from the Scottish Scouts Active Support (the group of leaders who help organise Scouting events throughout Scotland). I really didn’t expect so many people to be there.

The policeman riding on his bike alongside me for the my leg of the relay gave me a quick briefing and allowed my family and friends get lots of photos taken and then I was off, running down the road, trying to hold the Torch (which is quite heavy) and wave to all the people who were lining the streets.

It really was like being the biggest celebrity in the world. Hundreds of people were there, calling out my name and cheering.

At one stage I was even told to slow down so the next Torchbearer had time to get into place, which was pretty funny as I’m not really the greatest runner…

I handed the torch over to another member of the Scouts, Charles Reith, which made me especially proud to be representing the Scouts movement in Scotland.

For me 12 June 2012 is a day I will remember for the rest of my life. I’m so proud I was able to be part of the Torch Relay which has brought thousands of people out onto the streets to celebrate. I’d just like to say thanks to everyone who’s supported me over the last few days. I’ll never forget it.